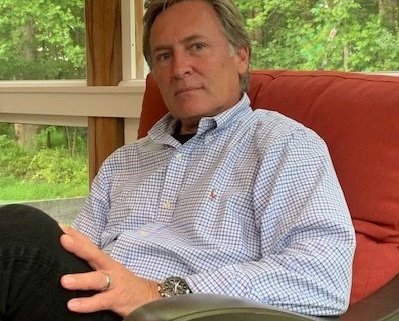 Gary and his wife Colleen moved to Waterford in 2016 and his sons live in Frederick, Maryland. After graduating from Virginia Tech, Gary worked in commercial construction in the DC area.  His development career began in 1986 working on a 68acre Research & Development park in Frederick, MD.  In 1991 he started his own firm and has been developing commercial real estate throughout Maryland and Northern Virginia ever since.  Travelling across the region Gary saw that Loudoun County was the crown jewel of the region and feels very fortunate to now be a part of the community.

Gary’s work on the new Common Market store in Frederick introduced him to the concept of the co-op.  Because the Co-Op is a business based on the commonality and strengths of a local community, Gary and Colleen were eager to join the Lovettsville Cooperative Market and are firm believers that when a community works together they are all safer and stronger.  They appreciate that the Co-Op provides an outlet with enough critical mass to allow local farmers, crafts folk, and vendors, who struggle to sell through chain stores, an opportunity to sell their wares and hopefully make a living wage.  As an added bonus, the Co-Op is an outward expression of the local flavor and personality of the community.

During the renovation of the Common Market Gary said it was a great pleasure and privilege to work with the leaders, staff, consultants, and contractors on the new 50,000 SF facility (28,000 SF of retail floor) in Frederick, MD.  It was several years in the making, during which, despite its size, they remained focused on maintaining the character and purpose of the original store…to bring local suppliers and community together to offer sustainable, organic provisions to local consumers.  The building was an old Safeway store, built in the early 80’s, with no consideration for energy efficiency.  Gary and his team totally gutted and reconstructed the shell with upgraded insulation and windows, and then installed all new energy efficient mechanical, electrical and refrigeration systems.

After years of seeing trainloads of waste roll off construction sites, where buildings were being constructed with minimal emphasis on energy efficiency and sustainability, Gary and his partner Jennifer Perry decided to turn the development business model on its head.  In late 2018 Gary formed the Eco family of companies to provide a full life cycle of development services, from conceptual design to tenant occupancy and property management, with each property pushed to minimize its environmental impact, lower energy demand, and to create pleasurable, safe and healthy work environments.  Gary and his partner work hard to create spaces that invite the community to interact with the properties.  In 2019 they became closely associated with the International Living Future Institute (ILFI) which promotes social justice and inclusion, conscientious use of lands and earth’s resources.  Eco Developers currently has over twelve properties with twenty buildings totaling over 800,000 SF under development.